Today is southwest Montana’s first slap of true cold. It’s not the first time the thermometer has ever dipped below zero, not by a landslide, but the first day each year it goes this low it feels that way. Clothing is built in layers; jackets with the big overlap down the chest are excavated from the closet. The winds claw in anyway, the cold always finds the flesh. The calendar is a block of Christmas parties, to be sure, but it’s also the time for wool blankets, wood stoves, and great books.

The compilation below is designed to encourage you back down to a familiar spot by the fire (or to help with your late-season Christmas shopping), with an specific nudge toward the growing list of fine titles by Montana writers.

Excerpt: “He spent his twenty-first birthday wearing long johns under two flannel shirts and his winter coat, warming up soup on the stove.  He got afraid of himself that winter; he sensed something dangerous that would break free if he kept so much alone.”

After her debut novel, Liars and Saints, Maile (pronounced “MY-lee”) received wide acclaim and her collection of stories, Both ways is the only way I want it, was listed on The New York Times Book Review’s “Best Books of 2009.” Her skill is hardly a home-state secret. The widely popular storyteller grew up in Helena, Montana, and now lives in Los Angeles.

Don’t take it from me: Booklist gave Meloy’s latest a starred review: “Riveting and engrossing, Meloy’s tale of a family struggling with guilt and forgiveness spans decades and crosses continents, proving her status as one of the best literary observers of contemporary American life.”

The Names of the Stars: A life in the wilds, Pete Fromm

Excerpt: “The storm seems, for a bit, to settle, a monotony of squalls, the rain no longer quite streaming down as if the sky itself were nothing but water. I dip low, peering out the cabin window, studying the overcast, the thermometer’s red column straining toward forty, the gusts cutting across the meadow grass in waves. The lulls leave almost silence, just the occasional pop of fir in the stove.”

At the age of twenty, Pete Fromm was hired for the job of counting salmon eggs in the remote Selway-Bitterroot Wilderness. He stayed there, alone, for seven months, and the experience laid the groundwork for his first book, Indian Creek Chronicles.

For this memoir, Fromm took a similar “babysitting” gig along the North Fork of the Flathead River. Twenty-five years had passed since the first book was written, with Fromm now 45 and the father of two sons.

Don’t take it from me: Author Jim Lynch wrote, “Pete Fromm may crave solitude but he’s delightful company on the page. The Names of the Stars is an inspiring book brimming with wilderness adventures and executed with a pleasing mix of action, observation and rumination. In Fromm’s hands, a violent rainstorm reads like a transcendent gift and a face-to-face bear encounter like good comedy. I finished his memoir admiring not only his lucid prose but the wild life he’s chosen.”

Excerpt: “The best advice I ever heard about poetry came from Buddy Singer, who wrote no poems. “Never apologize. Not to nobody, not for nothing.””

Jones is the editor of Big Sky Journal and the owner of the Bangtail Press. His family moved to Livingston when he was twelve, and Jones now has a family of his own in Bozeman. Several of his books have been published—an anthology of Montana short stories, a book on hunting ethics—in addition to over a hundred short stories, essays, poems, and articles.

Don’t take it from me: Jones’s latest garnered attention from Kirkus Reviews and Library Journal, in addition to its inclusion on the Barnes and Noble “Discover Great New Writers” campaign, “The quiet space in which his characters…reside is what carves out a niche for this book that has formerly been occupied only by true literary greats.”

Excerpt: “The water was suddenly frigid, the waves sliding over me as heavy as concrete. The hotels and palm trees and the amusement pier on the beach had become miniaturized. A triangular-shaped fin sliced through the swell and disappeared beneath a wave, a solitary string of bubbles curling behind it.”

Burke’s a household name and a regular on The New York Times’ bestseller list. He’s written over 30 books and short-story collections, won the Edgar Award twice, and been named Grand Master by the Mystery Writers of America. We can forgive him that he’s a native of Texas, because he now proudly makes his home near Missoula, Montana.

Don’t take it from me: From The Wall Street Journal review, “This book, with its larger-than-life characters, is a grand adventure, a sweeping love story and a tale of youth recollected in relative tranquility—its noirish reality tinged with a rosy glow, part of which comes from spilled blood.” 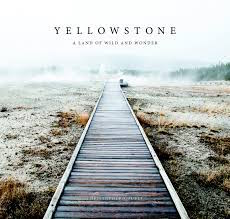 Yellowstone: A land of wild and wonder, Christopher Cauble

Coffee-table photo books focusing on our favorite national park are about as new as the automobile, but photographer Cauble renews the genre with his inspiring work. Yellowstone, the national park, never dulls so readers can anticipate visceral reactions to incredible landscapes and endearing wildlife photos, composed from a refreshing artistic angle.

Cauble also grew up in Helena, visiting the park often with his family, and now is at home in Livingston.

Don’t take it from me: “Here is Yellowstone National Park as you’ve never seen it before, thanks to the beautiful photographic artistry of Christopher Cauble. His powerful, contemporary style inspires wanderlust as he takes readers on a remarkable journey of discovery.” — Selloscope

Excerpt: “There were high cirrus clouds on this particular day, long wisps against the palest blue. A faint breeze. A hint of smoke, still lingering from the forest fires of the summer. It was on the cusp, the sky, the air, the day. It was on a fulcrum, balanced between all that had happened and what was yet to come.”

Winner of the Big Moose Prize… of which this may be the first you’ve heard. Black Lawrence Press, every year, bestows this honor on one book, a previously unpublished manuscript, along with a cash prize and a publishing deal. McNamer lives in Missoula and from 2001-2014 was the Director of the Missoula Writing Collaborative.

Don’t take it from me: “Children and Lunatics pieces together a nightmare landscape—the one we all live in. It’s recognizable, strange, and subtly frightening. You can’t lay this book aside unchanged.” —Rick DeMarinis, author of The Year of the Zinc Penny 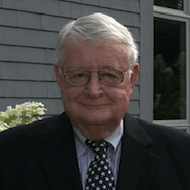 Billings, 78, was an aide to former U.S. Senator Edmund Muskie, D-Maine, and is credited as the author of the Clean Air Act. He also played a key role in the composition of the Clean Water Act, as well as other landmark environmental laws. Mr. Billings was a native of Helena and a graduate of the University of Montana.

Don’t take it from me: According to U.S. Legal’s Environmental Law website, “The 1970 Clean Air Act forms the basis of the U.S. air pollution control policy.  It has four major components: i) it put into place National Ambient Air Quality Standards which are intended to protect human health and environment (the Environmental Protection Agency (EPA) developed these standards and they targeted major polluting chemicals); ii) EPA was to establish New Source Performance Standards to determine how much pollution should be allowed by different industries in different regions; iii) The Act specified standards for controlling auto emissions, aiming at reduction of various gases by almost 90 percent;  and iv) the law encouraged states to develop plans to achieve these standards and required that those state plans should be approved by EPA.”

Mr. Billings’s passing on November 16th has unfortunate timing and bearing, as many Americans now fear that the environmental laws he helped create may go out of publication in the coming years.

Maile Meloy, A Family Daughter
Pete Fromm, The Names of the Stars, A life in the wilds
Allen Morris Jones, A Bloom of Bones
James Lee Burke, The Jealous Kind
Christopher Cauble, Yellowstone: A land of wild and wonder
Megan McNamer, Children and Lunatics
Leon Billings, photo credit to the Office of Alumni Relations – University of Montana