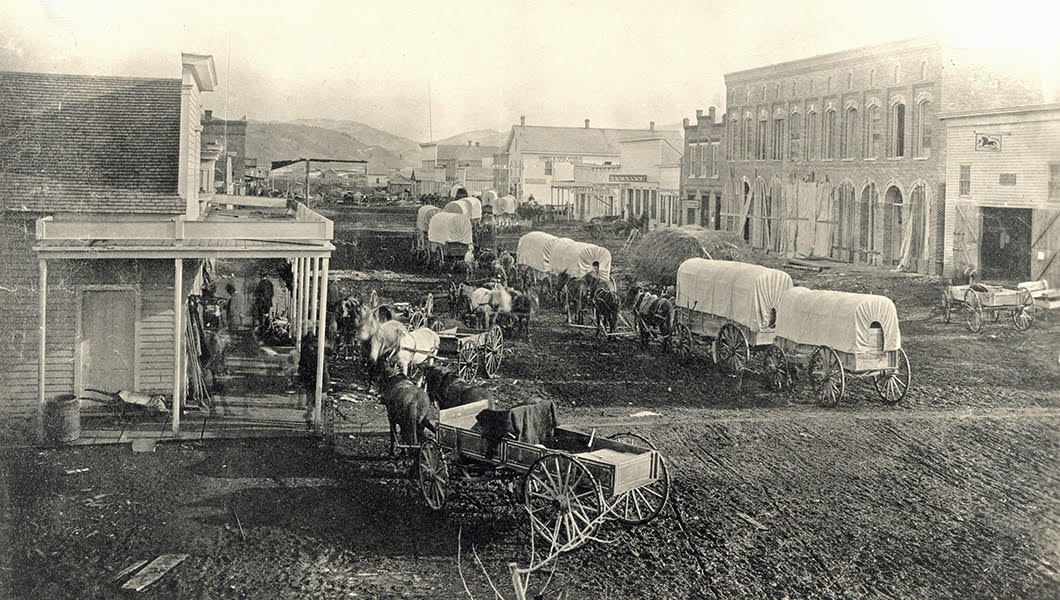 Circa 10,700 BCE – Anzick child
Along with over 100 tools of stone and bone, the buried, ancient remains of a two-year-old child were uncovered on private land near Wilsall, Montana, in 1968. The famous discovery’s name was borrowed from the landowner, the Anzick family. In the decades since, the tools were linked to one of the earliest cultures in the New World, Clovis, and scientists’ confirmed via the child’s DNA that he was an ancestor to today’s native peoples in South America and Central America. 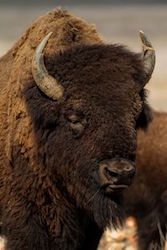 precipice. The tribes put the kills to thorough use—for food, provisions, and tools. Though the domestication and availability of horses curtailed use of the “jump” around 1700, bison bones and tipi rings can still be found at the site.

1806 – Corps of Discovery party passes through
Captain William Clark led a party of ten men along the Gallatin River during the Corps of Discovery’s return trip to the East. They camped near the mouth of what is now Kelly Canyon, three miles east of the future setting of Bozeman. Describing the general area in his notes as the “Valley of the Flowers,” Captain Clark and the party went on to cross today’s Bozeman Pass (el. 5,702 feet) on 15 July 1806.

1863 – The “Bloody” Bozeman Trail
John Bozeman and John Jacobs scouted in ‘63 for a direct route from the Oregon Trail’s line through central Wyoming to the gold mines of Virginia City, Montana. Allen Hurlbut reportedly pioneered the entire course in 1864, following portions of Jim Bridger’s trail made that same year and Native American paths. From 1864 to 1866, Native Americans regularly raided pioneers along the route, whereby the U.S. government ordered to Army to carry out a military campaign, singling out the Shoshone.

1864 – Ag colony platted
Although skirmishes with the tribes closed the Bozeman Trail at times, early pioneers favored the fertile valley here and settled. John Bozeman, Daniel Rouse, and William Beall in 1864 first platted a town with the formal proclamation, “standing right in the gate of the mountains ready to swallow up all tenderfeet that would reach the territory from the east, with their golden fleeces to be taken care of.” The agricultural colony grew potatoes and wheat, primarily, much of it sold to the gold miners and residents of booming Virginia City. Bozeman was nearly re-named Montana City after divisions grew around the trailblazer, who was widely regarded as a card-shark, layabout, and Lothario. In 1867, he was killed under mysterious circumstances near the Yellowstone River.

1866 – Story’d cattle drive
After mining success in Virginia City, a brassy Nelson Story eluded the U.S. Army and hostile tribes to drive approximately 1,000 longhorn cattle into today’s Paradise Valley, east of Bozeman. Originating in Texas, the major cattle drive was the first into Montana Territory, meeting great demand for beef as well as the money 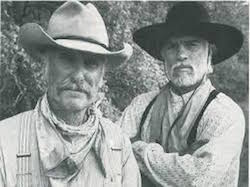 to buy it. Story would later relocate his family to Bozeman and engage commercially in a bank, a mercantile, real estate, and grain. In 1985, a western novel by Larry McMurtry, titled Lonesome Dove, threaded a few of Story’s life-events, achieved wide success, and was adapted for a television miniseries. Leading the cattle and cast as former Texas Rangers, Tommy Lee Jones and Robert Duvall were together more winsome than a real character with tyrannical tendencies.

1867 – Fort Ellis rises up
First established on 27 August 1867 by the United States Army to protect and support the early settlers of the Gallatin Valley, the fort was named for Colonel Augustus van Horne Ellis who was killed in action at Gettysburg (and never actually set foot in Montana). Located to the east of present-day Bozeman, the fort stood not far from Rocky Creek. Fort Ellis was closed in 1886, after the engagements with regional tribes calmed.

1872 – Yellowstone National Park is the law of the land
Yellowstone National Park is located in the states of Wyoming, Montana, and Idaho, was established by the U.S. Congress, and signed into law by President Ulysses S. Grant on 1 March 1872. The park is said to be the first of its kind in the world. Though a longstanding economic boon to the region, Yellowstone’s first years were troublesome enough that the Secretary of the Interior sent in the Army in 1886 to promote order. They established quarters near Mammoth Hot Springs.

Montana became the 41st state admitted into the Union on 8 November 1889 via proclamation by President Benjamin Harrison. The territorial capitol first had been located in Bannack City and then Virginia City, but in 1875 it was moved to Helena. During this second attempt at statehood, several towns competed to become the state capitol in the 1880s, including Bozeman…

1893 – Montana State University begins with 8 students
As a big part of the effort to win the designation as state capitol, Nelson Story donated 160 acres southwest of Bozeman for its location. This land, along with additional holdings, was eventually turned over to the state for a new college. First founded in 1893 as the Agricultural College of the State of Montana, they opened with classrooms in the county high school on 16 February to five male and three female students. Total enrollment at MSU in the fall semester of 2016 was 16,440.