Not yet handy with “Peer Economy” startups like Zimride, NeighborhoodGoods, Zaarly, Shuddle, and Poshmark?  Me neither, but I have read about the roll-out of urban bike-shares and, this being the middle of 2016, almost every American old enough to dial a smartphone know Uber.  The “ride-sharing” service was Montana legislature-approved last year but got their tires kicked via a Montana Department of Labor investigation and won’t wheel out until August.  According to the local newspaper, Uber has already enlisted over 100 drivers in the Gallatin Valley despite the setback. 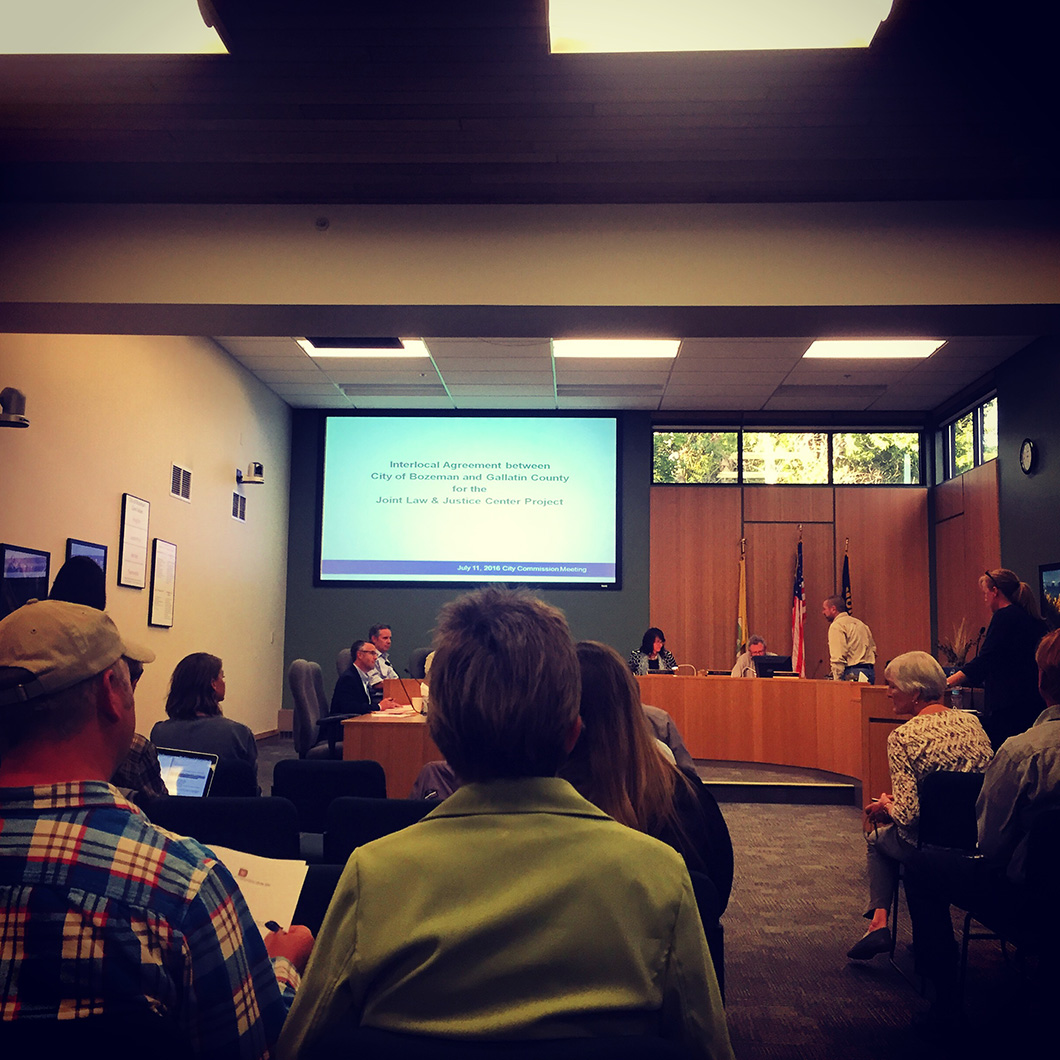 The Peer Economy, also known to “the sharing economy” or collaborative consumption, is a new-age industry that generally links the Internet-marketplace with a short-term exchange of goods, services, transportation, and home-sharing.  Sometimes these transactions run on karma or fair trade, others are provided for a fee.

Perhaps best known is Airbnb, launched by a couple of guys who thought renting out air mattresses in their San Francisco apartment might be a big idea.  Brian Chesky and Joe Gebbia were right, and the formerly “Air Bed-and-Breakfast” is now in use in thousands of communities worldwide, reportedly worth over $25 billion, and unusual among startup-celebrities for having an obvious source of cash-flow.Accused of impinging affordable housing in San Francisco, branded as a crashpad for partiers in New York, taxed in Austin, protested in Israel, outlawed in Berlin, a more-learned Airbnb now provides 1099 tax forms, and even collects and pays some municipal fees. After facing lawsuits on the East Coast and launching them on the West Coast, Airbnb is still light on regulations, but they’re no longer lawless.

And on Monday night, Airbnb was introduced to the Bozeman City Commission.

The five-person commission was all on-hand: Mayor Carson Taylor, Deputy Mayor Cyndy Andrus, as well as commissioners Jeff Krauss, Chris Mehl, and I-Ho Pomeroy.  It wasn’t a lonely night in City Hall for commissioners, every seat was filled and approximately two dozen people were standing in attendance. Hot topics on the agenda brought the crowd, harkening back to disputes over the City putting fluoride in the water or conservative Christians who felt their right to discriminate had been fire-bombed.

It wasn’t just Airbnb—other items of note on the night’s agenda included a text amendment to allow for the construction of “cottage housing,” an agreement to allow the City to proceed on a new joint city/county law and justice center, a policy discussion on mobile vending, and approval of a sports park master plan.

On Monday night, I also wasn’t alone in wondering who cooked up the all-you-can-eat-and-more agenda. Given so much public comment—90 minutes worth—I’d prefer to simply present the opinions, which have been curated and separated by topic.

“I, and the vacation rental company I work with, are ambassadors for the community.  I support regulation, I support taxes, I support safety inspections.”  — Mary Anne Martel

“Our business season is June, July, August, and December.  A four-month business isn’t going to support major investors…  Why not wait and give it a chance to evolve?” – Max

“I do own the pink fashion truck, I am involved with Airbnb.  It has heavily supported my startup business.  I think Airbnb adds a lot of value.”  — Kelly

“Within a week-and-a-half of approval (of a short-term rental in R-1), we had a complaint from the neighborhood. (The renters) were letting off—I don’t know if you can call them fireworks—they sounded like bombs.”  — Jill Davenport

“These Airbnbs are just flat illegal, inconsistent with R-1, R-2 zoning.  I don’t think there’s any question they should be enforced; that’s what your (City) regulations say.”  — Jim Goetz

“I do have a little bunkhouse on my property.  College ain’t cheap.  It’s a lovely place to live, Montana, and an incredible place to raise my children.  But it’s tough to live here.”  — North 20th Avenue property owner

“We had a house sell right across the road, and the same thing behind the alley.  Now that they are short-term rentals, I do think it does have a negative effect on the feel of our neighborhood.“ – Suzanne from North Grand

“Having been here for over 20 years and operating a bed-and-breakfast…  We need to be on a level playing field regarding safety (and) lodging taxes.”  — Chris Nixon

“Give special consideration to short-term rental owners who live on-site. There’s a different level of respect…  But we need to be able to hold people accountable when things get out of hand.”  — Kristin Hopkins

“I’m addressing the short-term rental issue.  We purchased our home because it is in a residential part of Bozeman. I ask you to be sensitive to the residents.  Be sensitive to those of us who want those neighborhoods to remain charming.“  — Jeff Loeb

“When we decided to purchase our home… we wanted to live in a neighborhood that had integrity.  In the last five years since this short-term rental issue, we realized that what we bought could be lost.  A motel district is not what we bought into.”  — Homeowner on West Cleveland

“It’s almost become a fight in Bozeman.  I just think it’s really important to set a structure.  It’s been difficult to walk around and pick up other (business’s) trash.”  — Tana Koelzer, downtown business owner

“I own Bozeman’s first food truck, Rendezvous Catering.  I spend 70% of my grocery budget locally or organically, more than any food vendor in town.  I just wanted to challenge you folks, as well, just to question members of the industry.”  — Nick Brice

“Over there at Ted’s, we have 85 employees.  That’s a lot of money going back into the economy, especially the bars.  The parking is 100% filled…  It’s expensive on Main Street.  I think to have food trucks come in, whether it’s taking $100 per day or $200 per day, I just don’t think downtown Bozeman is where (food trucks) belong. “  — Lance G.

“This is our livelihood.  We were debating filling this room with 100 of our friends…  The bars are serving alcohol inside and we’re serving pasta outside.  What we feel would be best would be to let us help (pay our way).  But we can’t afford a restaurant right now.”  — The Collins Brothers, food truck owners.

“What’s the place for government in this?“ – Twentysomething.

“Where I came from, we grew up on government cheese.  Three years ago, we were able to start our own business in Bozeman.  Nowadays in Bozeman, starting a brick-and-mortar restaurant in Bozeman is not really possible—unless you already have money….  The regulations that were put together by Chris Naumann–who obviously knows nothing about the business–the proposed regulations would all but eliminate food trucks in Bozeman.” – Drew Dixon, owner of food truck

“I support food trucks, like many of us, do, but there are limits.  It took us a year to open our business.  Some restaurant owners have paid $50,000-$100,000 in impact fees, much of that for parking.” – Bisl restaurant owner

“Our (downtown store) cost $940,000 and it’s worth more than all the food trucks combined.  I think it’s a disservice to all restaurants downtown to allow food trucks downtown.” – Kelly Wiseman, Community Food Co-op

“Why do so many mobile vendors set up downtown? Because we built a downtown that attracts customers.  I appreciate their passions, but when it comes to what they put into what they take, I support a pretty stringent code.” – Babs Noelle, downtown business owner

At 9:50, Community Development Director Wendy Thomas took the podium to present the matter of short-term rentals, but not before Mayor Taylor said, “I’m in charge of making sure the agendas don’t go this long, and I failed.”

“The goal is not to resolve these issues (tonight),” City Manager Chris Kukulski said, pushing for a no-call event shortly after Thomas’s presentation began, “The goal, in my opinion, is to get the ball rolling.”

Thomas said early on that short-term rentals were first regulated in the modern era in Florida in the early 90s.  “It’s not new,” she said, but the public’s ability to access the market through the Internet has thrust it into a national debate.

Thomas’s recommendations for progressing through the regulation of short-term rentals noted “working with neighborhoods in the community,” “an important legal review that we need to undertake,” plus “a good discussion and thoughtful presentation of what regulation we need.”  Some areas of concern include owner education about liability, snow removal, application/licensing/inspection processes through the City and State, and to look at best practices.  She mentioned though she did not suggest, a moratorium on short-term rentals be considered while the matter as a whole is being worked out.  Enforcement, she said, would be an issue with only one code enforcement officer on City staff who, Thomas inferred, is already overwhelmed.  The remnants of the gallery sagged when Thomas said the application fee for the conditional-use permit was $1470.

The commissioners probed with questions about fire safety, fire inspections, business licenses, the approximation of short-term rentals (over 200, according to Thomas), second homes, and neighborhood vitality, amid global questions like “why do we have zoning?” (Krauss) and the value of “conditional-use” in the City process.

A second-round of public comment on short-term rentals ended, with a crack of the gavel, at 11:01.  At the point, it was up for discussion, and the commissioners were able to show a few of their cards.

Commissioner Jeff Krauss favored a moratorium until a plan is hatched and implemented: “For me, it’s very important to stop, catch our breath, and figuring out where we’re going from here.”

Mehl wanted to move forward, addressing the regulation of short-term rentals, as the community moves forward.  He also said he’d ban corporate ownership.  “I do think in a university town that it’s impossible to think we won’t have rental activity in R-1 and R-2.”

Andrus, “There might be a lot of great ideas out there, but there are no ideas that look at our community the way we look at our community.”  Andrus added that she’d like to slow things down, consider safety issues and ADA compliance, insurance, the bed-tax issue, neighborhood character, as well as compliance and figure out how it all comes together on a reasonable timetable.

I-Ho stated that we should have licenses and taxes should be paid.  She expressed her concerns about “one person who might own ten houses.”

Mayor Taylor: “I’m not nearly as concerned by VRBOs where the owner is present…  I’m extremely upset to learn that the last two CUPs we granted ended up with men urinating in the bushes…  It is true that no matter how we do this, there is going to be a process for citizen complaints.”  He listed issues of taxes and safety—“I don’t think we can duck them.”

With no actions on short-term rentals proposed or voted upon, the mayor proceeded to the next item, mobile vendors.  Taylor quickly moved to cut off the staff presentation—also to be provided by Director Thomas—and take public comment.  The mayor apologized again to the community, said that citizens could comment on the issue now and later.  The matter he then moved to be relocated on the agenda for the commission meeting on August 1st.

They took more public comment on the subject of mobile vendors, and then-Mayor Taylor called it a night.  It felt like everyone got stuffed, while there wasn’t anything wholesome to eat.