No more excuses. The mountains are layered with white, legs strong and bouncy, and you already committed the annual I-forgot-to-tune-my-skis flub. C’mon, Bridger reported 25” on Saturday! It’s go-time, and we’re serving the baddest of Montana’s best, brewed down to a list of six. Why six? Because six is “the number of the beast,” and some of these bad-boys will scare the devil out of you.

(Please note: Because we’re not shelling out for quality photos from these destinations, well dispersed as they are across the fourth largest state, we’ve paired each description with an appropriate spirit animal.)

The signature image of Montana skiing is the cone of Lone Mountain cutting into an azure sky. The jagged spike driving down the middle of that peak is named Big Couloir, or simply “The Big,” among locals. 1,500

feet of vertical with a maximum steepness between 47 and 50 degrees, the Big Couloir has its own gatekeepers who require skiers to take a partner, transceiver, shovel, and probe. Signing in is also mandatory, and the pairs are only allowed every fifteen minutes. That last stipulation means you’ll have ample time in the patrol shack to ponder the fates… and the flavor of bile. Yum.

If something goes wrong in that 4’ wide sluice box of stone, you’re hamburger. Sixth Grade is another

option, oft regarded as BB’s toughest (perhaps because it’s less of a dare and more like a run). Alternatively, just looking into Hidden Gully, choking down into a blind right-hander, is guaranteed to pucker first-timers. From Mundy’s Bowl to the Northwest Passage, the denizen routes below the crest of the Ridge stand in support of the statement: “If you can ski Bridger, you can ski anywhere.”

We still consider Moonlight as a separate ski area… You gots a problem with that? One big reason is the Headwaters, introducing with the subtlety of a fist Moonlight’s steep-skiing heavy-hitters—all along the defiant ridge between the two sides of Lone Peak. The Headwaters amounts to 2,000 feet of chutes, gullies, and cliffs over the expansive powder-field of Stillwater Bowl. While the hike-in is spooky, Second Fork to the Elbow is worth the heebie-jeebies. It’s the primo line in the cirque of primo.

In an unapologetic effort to share the death-wish-love beyond southwest Montana, here’s a nod to the cliff band between East Rim and First Creek at Whitefish Mountain. Short, yes, but this face of snow, rock, and glade is undoubtedly the gnarliest from the ski resort in Glacier National Park’s shadow. (And it’s all lift-served.) Before anyone scoffs, remember that small can be deadly; it only takes six feet for a person to tip into a headfirst position on the slope. 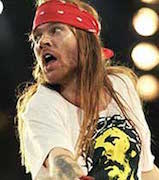 Triple black diamond?! Yes, it’s a thing (sort of). Disco’s steep northern aspect—“the Backside”—boasts a slew of double-blacks, and Montana skiers seem inclined to agree that it’s serious incline. While the triple-diamond designation at this lovable ski area could be contested, we’re cool with it… and we’ll even give bonus points for a nearby run called “Guns N’ Roses.” Rock on.

On the short-list for the best ski town in Montana, Red Lodge is long on historic charm and offers a couple

all-star watering holes to boot. The ski area markets itself as “family friendly,” and deservedly so with a batch of lengthy cruisers. But when the storms roll through, the slopes clinging to the east side of the Beartooths crank up the rowdy. If you start feeling tough, head for the lengthy, bumpy, gladed steeps and tight runs from the Grizzly Peak summit down to Cole Creek quad. It’s more than where the Rockies meet eastern Montana, but also where Montana skiing meets the East.

Many of you, dear readers, will have strong opinions of your own. Surely, some will question this list’s inclusions or dither over exclusions, and the less articulate may even lapse into rude language. What I think is beyond question, however, is WHO are the toughest to ever take on these runs: the ski-run pioneers who scrambled around these steep mountainsides with chainsaws!