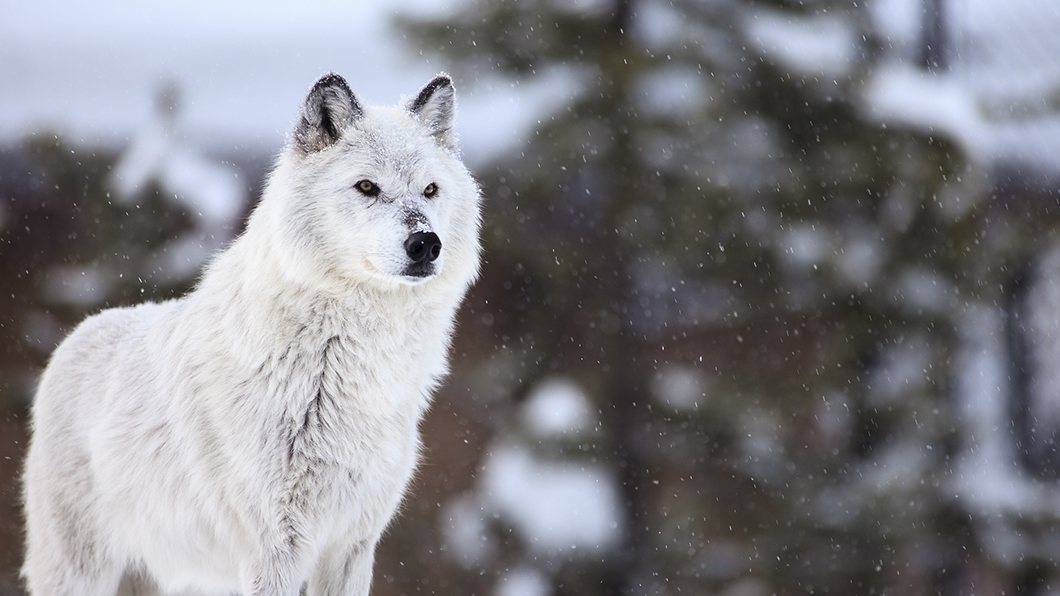 Our impromptu roadside speaker was Rick McIntyre, the most devoted of Yellowstone’s parishioners of the wolf, several of whom spend months in the park, coming back year after year.  He came to Yellowstone in 1994 as a wolf interpreter, when YNP administrators reintroduced the apex predator to this region.  He often stayed year-round in the high country, residing in a cabin outside the northeast entrance to the park.  In 2010, Outside Magazine referred to McIntyre as an “obsessive biologist” with “peculiar ideas,” whose job title was biological technician for the Yellowstone Wolf Project.  Anyone familiar with the few northern roads of Yellowstone would recognize his yellow SUV, a longtime fixture of the Lamar Valley.

McIntyre’s role is more official these days, and he stood before us in the hunter greens of the park staff.  He wears a National Park Service badge on his chest now and drives an NPS truck with snazzy graphics.  Having led over 1,000 wolf education presentations, Rick McIntyre attained his status not by merely applying for a job, but by committing whole decades of study to Canis lupus, the gray wolf.

Along with a dozen or so graying tourists and a cadre of the wolf-faithful, we stood in the crisp fall Sun at the intersection of the Northeast Entrance Road and the spur to Slough Creek Campground.  Surrounding us, a circle of V-8 wagons and beyond those, expanses of blooming sage below timbered mountains that never met an axe.  With a highly utilized wolf den in the distance, the road crossing could be regarded as Grand Central Station for wolves in the Lower 48 since their reintroduction to Yellowstone in 1995.

McIntyre, now in his late 60s, often bears a soft expression on his face and his once-blond hair is turning white. A reticent man by nature, all those presentations helped him develop into a compelling public speaker. For the opening and the rest of this story, the words are McIntyre’s, relayed here in the verbal tradition, as we heard them on Friday, September 16th, of this year: 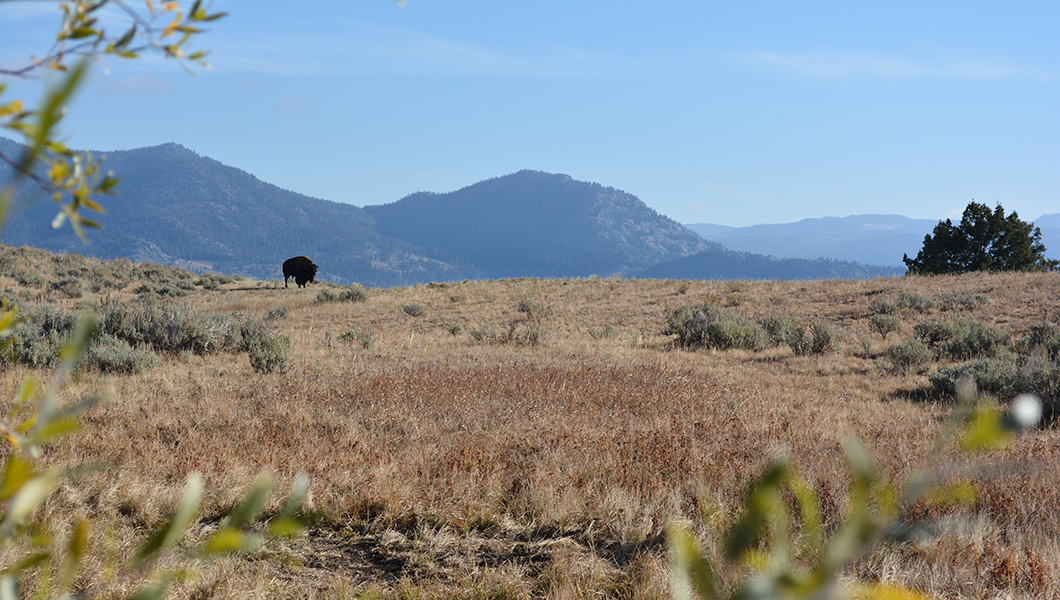 “Earlier in life, 911 was a black wolf, but as he got older he became increasingly gray, and the only black fur visible topped his ears and the tip of his tail.  He’d been walking with a limp this summer, slowed by one bad leg.  Six years old, he was the alpha of the Junction Butte pack.  His pack, however, began leaving him behind if he couldn’t keep up on the hunt, as wolves do.

More and more, we saw 911 walking these valleys alone.  And very recently, his injuries grew worse.  We don’t know how, but instead of one bad leg, he suddenly had only one good leg.  And a wolf with just one good leg won’t last long. 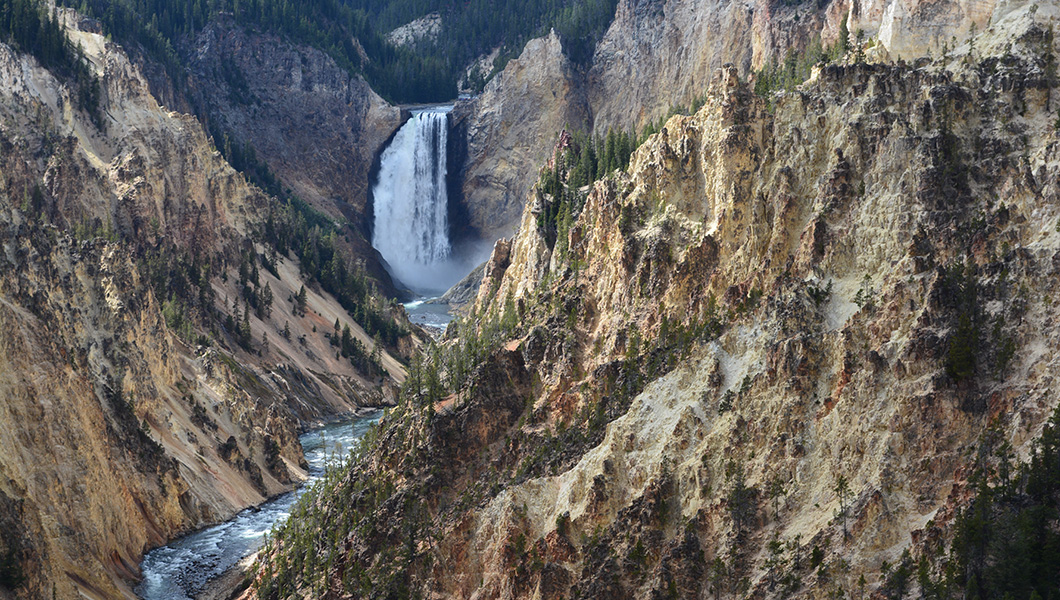 On Wednesday, members of the Prospect Peak pack had singled out a cow elk.  They’d chased her down into the river.  We could see that she had been bitten, was bleeding, though her injuries didn’t appear fatal.  But she was now surrounded out in the river, as the wolves staged attacks.  There were eight of them.  The elk could defend herself in the water, though, and the wolves—relatively inexperienced—grew reluctant.  A few of them were turned away, and the wolves fell back.  They curled up on a bank nearby and rested.

It was about this time that 911 came along, his nose in the air.  And I like to think that he had some knowledge that his end was near, and this might be for him one last great hunt.

As I mentioned before, 911 was a skilled elk hunter.  He’d lived a long life, produced litters, and helped raise many of his own pups into adulthood.  911 fulfilled the two great objectives of a wolf’s life: he protected his pack from other competing wolves, and he provided many kills for his family to eat. 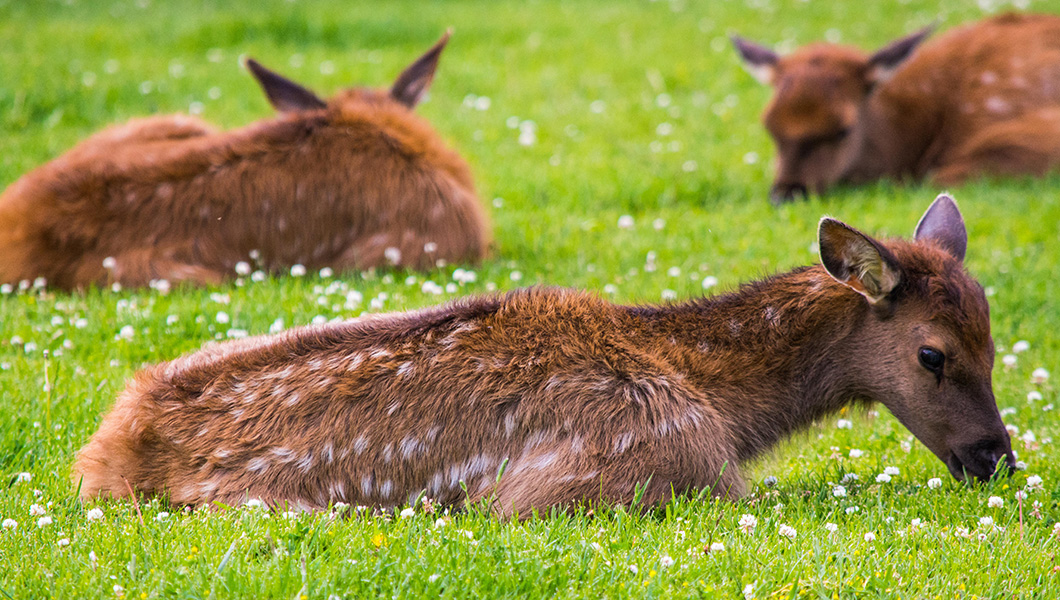 While the other wolves rested, 911 descended into the creek.  The elk was not defenseless.  She’d found deeper water, where she could stand squarely but a wolf would have to swim.  Under these circumstances, a wolf could get very little leverage.  An elk could rear up, she might kick or she might come crashing down atop the wolf, either drowning him or breaking his spine.  And she turned 911 away in just this manner.

He walked a few steps up above the bank, where he lay down and rested, too.  The elk stayed in the river, a pack on the one side and 911 on the other.

After a short while, the alpha stood up again.  He walked down to the river.  The water was cold and the cow had been bleeding.  911 knew she would be tiring.  So he went into the water, once again.

911 had three bad legs, but he still possessed his greatest weapon, his bite.  The bite pressure of an adult wolf is 1500 pounds per square inch.  911 got hold of the cow.  He wasn’t in a perfect position, but he wasn’t letting go.  The elk grew weary and, eventually, she fell.  911 dragged her to the riverbank, up out of the water, and he began to eat. 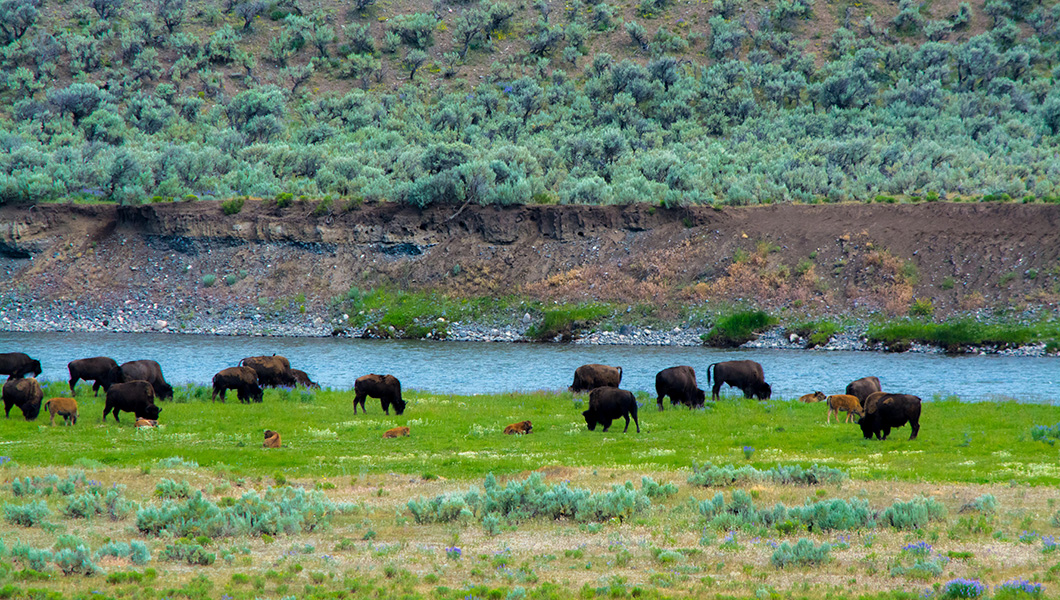 The other pack had watched the entire scene, growing excited.  They were certainly familiar with the great alpha and impressed that he’d killed an elk, alone, that they couldn’t bring down together.  They stood there, watching.  Then, with some hesitancy, a few began to approach.

911, though he was well aware of them, did not look at the other wolves directly.  He walked up the bank, very casually, then laid down.  He was a picture of confidence, and the other wolves appeared confused.

One of the wolves decided to challenge him.  911 jumped to his feet, his hair standing up, teeth showing, and the appearance was more than this wolf wanted to take on.  The younger wolf went back to his pack, and 911 started feeding again.

But these wolves were hungry and elk lay right there, a fresh kill.  It wasn’t long before the pack grew confident again.  They approached, all of them this time.  They came over to 911, and he did not run.  He faced them, taking a very aggressive stance.  Slowly they surrounded him, and one wolf against eight…

It was then that a few of us took down our scopes and turned away.  We shared a quiet moment, honoring the great alpha whose life we witnessed from beginning to end, 911.”

* — The wolves of Yellowstone National Park are numbered for purposes of tracking and collecting data.  Though some oft-viewed wolves in the Park receive nicknames from their human followers, like “Spitfire” or “Big Brown,” they first have alpha-numeric titles.  911 is more properly regarded as 911M, the number ranking among all the wolves of Yellowstone since reintroduction when he began to be tracked, and the letter representing gender.